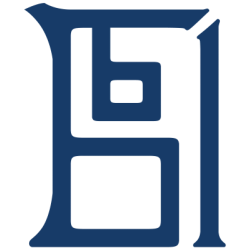 In January 2010, a 7.0 magnitude earthquake struck Haiti, the poorest country in the Western Hemisphere. The disaster devastated Haiti’s economy and society, killing tens of thousands of people and leaving over a million more homeless. Despite receiving an influx of relief workers and foreign aid, such widespread catastrophe is not easily overcome and the Haitian people have continued to struggle with rebuilding their nation. In June 2011, I joined a team that raised money and travelled to Jacmel, Haiti to assist with some of the ongoing recovery efforts.

What I saw in the short amount of time I was there broke my heart and kindled a desire to continue helping in any way I possibly can. I’d heard reports of how bad things were in Haiti, but seeing the situation in person was shocking. Men worked barefoot, carrying buckets of concrete over rocky ground. My teammates and I unloaded a dump truck full of rocks by hand because the truck, a luxury in itself, was broken and couldn’t be fixed while still loaded. Many of the children we met walk for miles, often barefoot, in order to receive their one meal of the day at an orphanage that is too small to house them all. None of that is easily forgotten. Sadly, I can’t spend all my time in Haiti, moving rocks and carrying buckets of concrete. But I can use my talents to raise awareness of the continuing struggles of the Haitian people.

To that end, I’ve designed the Hearts for Haiti line. The idea is simple: a heart of stone, wrapped in either gold or silver wire, ending with stylised wire hearts at the bail. A wire “halo” encircles the heart, representing not just the human angels who continue to help in times of trouble all over the world, but also the unity humanity should be striving toward.

When you purchase a Hearts for Haiti pendant, a portion of the proceeds will be sent directly to one of the organisations I worked with in Haiti: the Art Creation Foundation for Children, the Jacmel Children’s Center, and the Faith & Love orphanage. These three groups have a specific, direct impact on the lives of children and adults in Jacmel, providing education, shelter, food and clothing to as many people as they can.

With your help, these organisations can continue their much-needed work in Haiti. As cliched as it may sound, every little bit helps; for the price of a nice pair of shoes, a Haitian child could go to school for an entire year. A week's worth of Starbucks could put shoes on a worker’s feet, protecting him from caustic building materials. Little things that we take for granted, like clean water from a tap, mean so much more in Haiti.

Haiti has worked its way into my heart; I hope you can find a place in your heart for Haiti too.